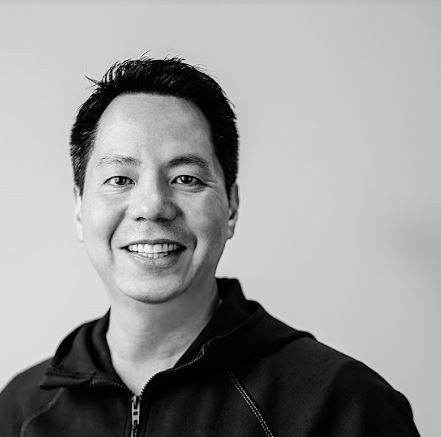 Chuck Teixeira is in Miami. Speaking to us from his hotel room during a holiday, he shows the beach outside on his computer screen. It's a well-deserved rest. "Starting a business during a pandemic was not the best idea," he reflects. "But we've focused on building a product, and now we have the product ready."

Chuck used to have a big job at HSBC. When we spoke to him in 2019, he was head of transformation for HSBC's global banking and markets business, a role that encompassed everything from innovation partnerships, to data, analytics, machine learning, and a general effort to turn HSBC from a big corporate behemoth into a beautiful digital flying thing.

Less than a year after we spoke, he left. Although he's too polite to say so, Chuck seems to be one of the many digital evangelists burned by banks' plodding attempts at transformation. The product he's developed during the pandemic is all about speeding that process along.

Moving to the cloud isn't nearly as easy as banks presume, says Teixeira. "Cloud companies will say, 'Spend $100m with us, and you can suddenly have a data supermarket.' But what organizations are finding is that they are making all these commitments to cloud providers, and they end up as nightmares instead of success stories."

Teixeira says it's much harder than banks think (and are told by cloud providers) to get data into the cloud. This is because banks' data is often stored in disparate databases following acquisitions. It's also because data is wrongly labelled and there are obstacles relating to data sharing and privacy. Moving to the cloud can be a nightmare for banks, says Teixeira. Instead of accessing data quickly, banks end spending hundreds of millions in a process that takes years.

Teixeira's big post-HSBC idea is to take some pain out of this process. He's developed a product called Data Watchdog, which allows clients to access all their data, both on cloud and not, through a single console. "It's data discovery," he informs us from Miami. "It goes through your network and spiders your databases like Google spiders the web. It maps your databases and our algorithms tag it, and all of a sudden you can control all your data in one place, with all your data governance rules incorporated."

It sounds like a good idea and in a vote of confidence and possible indication that things in banks are really as bad as he says, Teixeira just hired Jonathan Farina, HSBC's ex-head of data and analytics for its global banking and markets division, as CTO. Farina is the first in a number of new hires as Teixeira's company, WCKDRZR scales-up. At HSBC, he was responsible for moving the bank to the cloud.

"We've been bootstrapping, but we've just completed a funding round and raised $1.2m," says Teixeira. More hires will follow: "So far, I've been the salesperson, the fund-raiser, and the office admin."

Data Watchdog is built in Java and C#, with machine learning algorithms coded in Python. Teixeira didn't code the system himself: that work was done by a team of seven developers based in the UK. As the business scales, a broader range of hires are likely, but Farina will build out the tech team too.

Three of the company's current developers are machine learning specialists. Across the data sector, Texeira says machine learning capabilities are becoming increasingly pervasive. "Machine learning is being used to find data, clean data, identify quality data and to make it available to clients."

The intention is to sell Data Watchdog both inside and outside the banking industry. The public sector is also a possibility. "We are keen to work with any bank or multinational organization which needs to find and govern their data successfully," Texeira says. "Banks are just one sector that can benefit from that."