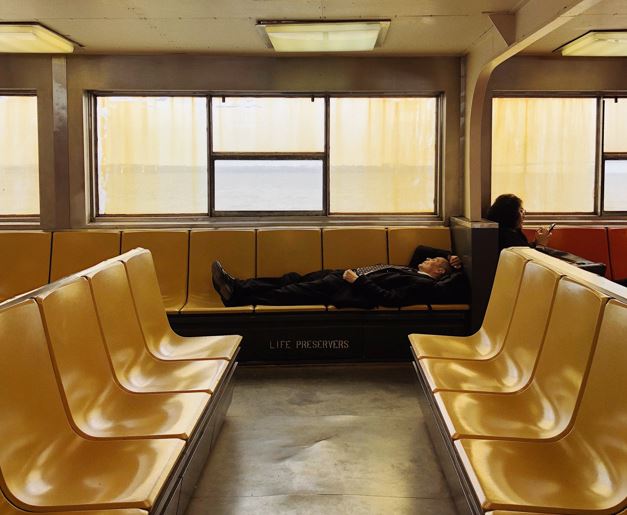 If you're looking for some sympathy for your spasming hand, binge eating, premature hair loss and general exhaustion, Howard Lutnick, CEO of Cantor Fitzgerald, is not going to be the person to give it.

Lutnick, who has long presided over one of the more Wall Streetish cultures on Wall Street, suggested yesterday that if you're a junior banker who's suffering after working long hours, then you can do something about it: you can leave the industry.

“Young bankers who decide they’re working too hard -- choose another living is my view,” Lutnick told Bloomberg TV. "These are hard jobs," he explained. “There is a path to becoming an investment banker that requires an enormous amount of work.” The nature of the industry is that clients want deals done under tight deadlines: “You should know that going in.”

Most people do know that going in: the trouble is that the anticipation and the reality are two entirely different things. When 13 Goldman Sachs juniors complained of crushing working hours in March, one of the points they made was that they never expected a standard working day. "I didn't come into this job expecting a 9am to 5pms," said one analyst. "- But I also wasn't expecting consistent 9ams to 5ams either." Another said that outside of work he/she only had four hours for "eating sleeping, showing, bathroom and general transition time."

The implication of Lutnick's comments is that you maybe need to pause for thought before you join Cantor's M&A team (which it's been building under Sage Kelly) as a junior anytime soon. While it's not really possible to tell clients you can't meet deadlines, it is possible to turn down business to preserve the health and sanity of employees (something that's apparently happening this year) and to enable staffers to protect juniors from exhaustion. - But if the tone from the top is unrepentant, this probably isn't going to happen.

Lutnick's comments might be celebrated as straight-talking in a time of corporate euphemisms. He said, too, that Cantor's front office people will be in the office and should see this as a source of competitive advantage, while middle and back office staff will be more free to work at home. Given some of the things that have allegedly happened in Cantor offices, middle and back office people should probably be thankful for this.

Separately, while junior bankers wilt under the grind, graduates who've chosen other career paths are wilting under their huge debts and diminutive incomes. The Wall Street Journal has an article about Columbia students who didn't study an MBA and go into a bank or hedge fund. - Graduates of Columbia's film program have a median debt of $181k and two years after their Master's degrees, half are making incomes of less than $30k. “There’s always those 2 a.m. panic attacks where you’re thinking, ‘How the hell am I ever going to pay this off?’ said one 29 year-old former film student. “Financially hobbled for life,” said another. Maybe they should have gone to work for Lutnick instead?

Binance says it's increased its compliance team by 500% since last year and it wants to double it again by the end of this year. It didn't provide any actual numbers though. (Reuters)

Bank of America created a new team to research cryptocurrencies led by Alkesh Shah who previously led the global technology research team at the bank. (Bloomberg)

Low corporate bond yields could spark a new spurt of issuance. “If you didn’t issue already, you are going to jump on it now. How can you not take advantage of that?” (Financial Times)

Wisdom of the man who juggled on Wall Street. "I watch you. I have all the money I want in the world. But I’m not happy. I see you perform, and you’re happy. How do I become happy?’” (New York Times)

A third of people in Saudi Arabia get their government pensions aged 45. The government wants to change that, but raising the retirement age is predictably unpopular. (Yahoo)

Photo by Konstantine Trundayev on Unsplash