Forget investment banks, students should apply to the Big Four

by Leon Johnston 6 days ago 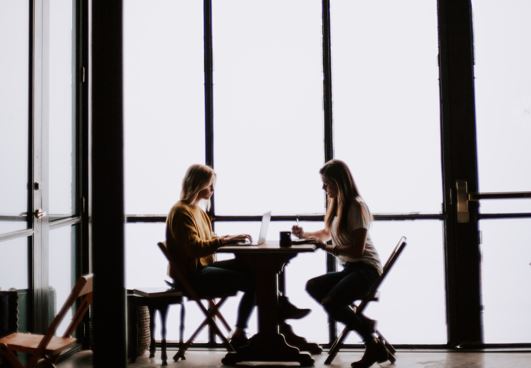 Big Four and investment banking recruitment programs are apples and oranges. For a start, despite taking on thousands of graduates every year, the vast majority of investment banks' recruits go into the back office. This means that your chances of getting into a ‘banking’ job are near impossible, and if you’re not perfect you will be rejected.

Most consultants or accountants going into Big Four companies are smart, capable people, but the graduates hired into front office jobs by the likes of Goldman Sachs and Morgan Stanley are just a cut above. Big Four standards are lower – but this is very relative, as the bar is still set very high.

I pursued a graduate job at Goldman Sachs for years. I networked my butt off and studied as hard as humanly possible to get top grades. I knew my stuff, I had the right background, and I had people pulling for me internally. But their interview process killed me, and I’m not surprised I didn’t get a call back. I didn’t even get a first round interview at Morgan Stanley, despite flying to New York and making what I thought was a good impression with various alumni from my school.

Eventually, I did end up with one offer from a bulge bracket firm and one European bank, but only after very extensive networking, practice interviews and a whole lot of strings pulled by alumni at my university.

At the same time, I was applying to a Big Four firm. I applied online, talked to no one at my school, crammed for the interview 30 minutes before each interview for last minute prep and breezed my way through for an offer.

You have to be very smart and among the best to be considered by the Big Four. But to get into a front office role in investment banking, you need to be all this AND aggressive, and to have the right pedigree, and to have all the right nuances and to be perfect in every way.  People who don't have the right background usually don’t even bother applying to banking – the industry is self-selective in this regard.

The guys I’ve met who work at PwC, Deloitte, KPMG or EY are smart, but they’re also pretty chilled out. They’re nice people, and are a lot more cheery and much less intense than top-level investment bankers. They were the people having fun at college – working as camp counselors, lifeguards and sports instructors.

The people going into banking were focused on getting a banking job from the moment they went to university – if not from high school. New consultants simply haven’t cut their teeth in the same way. It just isn’t as selective.

Working for the Big Four isn't inferior to working for a bank. It’s like comparing MIT to somewhere like Bowdoin. Depending on who you are, you might have more fun and get a better education at Bowdoin. But it’s a hell of a lot harder to get into MIT. The guys at Bowdoin are smart, but those at MIT had 4.0s in high school and were building robots when they were nine.

The Big Four need to stop trying to compete with investment banks for prestige. It’s just not going to happen for them. They need to be appreciated for what they are – similar, but different.

Leon Johnston is a pseudonym

Photo by Christin Hume on Unsplash