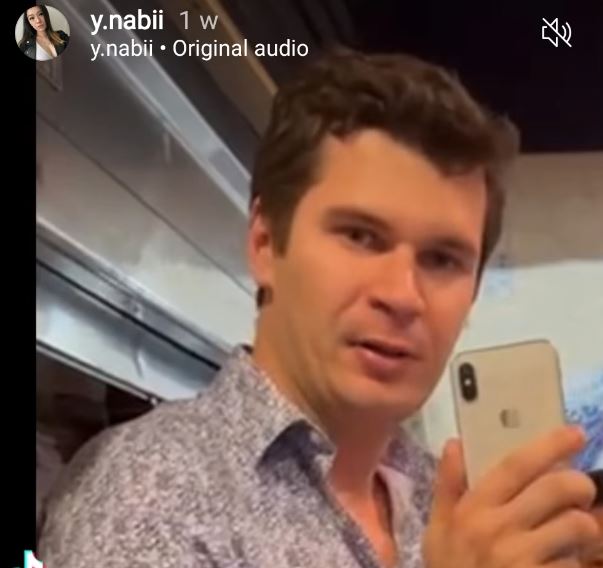 It's the kind of dilemma that often arises. You're out drinking at 2am in your finest red pants, when you decide you need somewhere to pee. You could pee on the street, hold it in, or enter the nearest eatery and demand that you pee there irrespective of the fact that you haven't actual purchased anything.

Roman Cambell, a director on Credit Suisse's New York TMT investment banking team, appears to have decided to go for the latter option. And having been informed by the proprietors of the Korean restaurant he chose that their facilities were only for customers, he then appears to have lost his temper. Cambell has reportedly lost his job as a result.

The incident was captured on video, which was posted on Instagram by the daughter of the restaurant owner, demanding that Cambell be held accountable for his actions, which allegedly included wrestling with a Hispanic waiter and pulling him by the hair until his head was bleeding. "My parents work 7 days a week and they haven’t taken a vacation in 6 years," says their daughter. For his part, Cambell said the waiter provoked him by spraining his thumb.

Now that Cambell has become a TikTok and Instagram sensation, the police, who didn't do much to begin with except for chat to Cambell, are reportedly investigating again. Although Credit Suisse isn't saying much, it appears to have dispensed with Cambell, whose real name is Romanas Dzetaveckas. The bank says it "adheres to a policy condemning discrimination, bullying or violence of any kind.”

Cambell's apparent exit leaves Credit Suisse with another hole to fill in the TMT team which is one of its focus areas. He joined the bank in January 2020 after leaving UBS in October 2019. Cambell has pulled his LinkedIn profile, but appears to have been educated at the University of Warwick in the UK before studying at Columbia University and making his way to Wall Street.

The episode is reminiscent of an incident earlier this year when James Iannazzo, a Merrill Lynch adviser, launched a tirade against a server in a Connecticut smoothie shop who gave his son with a peanut allergy a drink containing peanuts. A video showed Iannazzo throwing a drink at an employee and calling her a “f---ing immigrant loser” after his son had an allergic reaction. Merrill Lynch fired him, and Iannazzo faces a pending criminal charge, but is now working somewhere called Aegis Capital Management instead.

The moral of both stories appears to be that if you are unable to be an innately pleasant person when under stress/the influence of alcohol/the influence of a full bladder, then your ability to self-regulate should be given added impetus by consideration of what would happen if someone records you behaving badly and then amplifies it across social media. That's far more likely now, especially if you are also loud and boorish and wearing a floral shirt paired with red leg-garments.

Separately, the new hedge fund manager to work for is a woman. 52 year-old Mala Gaonkar, the former managing director of Lone Pine Capital has reportedly hired 13 people so far for her new fund SurgoCap Partners, including Felix Jimenez who previously worked for Millennium and Point72 to manage technology. Gaonkar, who will be the only portfolio manager and make all the final investment decisions herself, plans to invest across enterprise data, financial services, industrials, and health care and biopharma. When she's not managing money, Gaonkar can be found working on immersive theatre productions about the nature of perception with Talking Heads frontman David Byrne.

Crypto lender Celsius Network has paused withdrawals, swaps and transfers on its platform. Its CEL token is down at least 30%. “We are taking this action today to put Celsius in a better position to honor, over time, its withdrawal obligations." (Bloomberg)

The FCA has put Credit Suisse on its watchlist of institutions requiring tougher supervision. (Financial Times)

Credit Suisse shares have halved since their peak in March last year. (Bloomberg)

"Specifically in M&A, we would love to see you five days a week..." Bank of America's message to staff about the office. (Business Insider)

John, a banker in Hong Kong, does not want to move to Singapore but feels compelled to.  “I’m staring out at the ocean looking at the pool in front of me as we speak. I know we are not going to have that...We are going from a house with a pool, a tennis court, a garden, five bedrooms, to somewhere where we are looking at an apartment, basically.” (Financial Times)

The SEC is investigating Goldman Sachs over its funds that aim to invest based on environmental, social and governance standards. (WSJ)

Tough times for commodities trading houses. “As prices go up, [trading houses] can’t collect margin on the value of their physical positions increasing, but they have to post margin against the value of their derivatives hedges declining. Trading firms and other producers will have got massive margin calls this year, probably well in excess of what their loan facilities were designed to cover.” (IFRE)

Marco Avellaneda, a former Morgan Stanley VP and professor of mathematics at NYU has died. (Twitter)

Long email chains are now proven to cause incompetence. (WSJ)