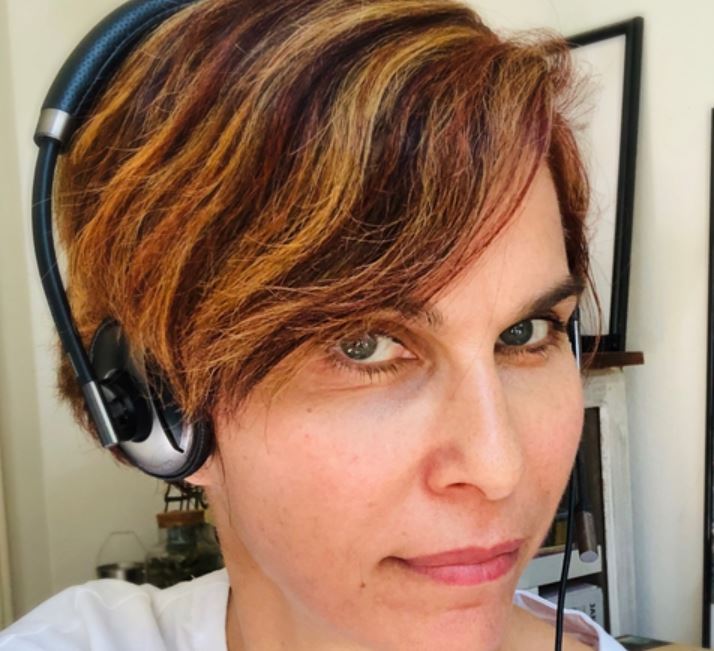 Jelena Laketić seems to have been a bit of a whirlwind at UBS, and like every miniature tornado, she hasn't remained entirely still. After 15 years at the Swiss bank, Laketić has quit for Reuters.

Laketić declined to comment for this article, but her career at UBS is well documented in a talk she gave four years ago. A self-confessed generator of "crazy ideas," Laketić - who has long had a side-job as DJ Babymonster which keeps her "sane", joined UBS in Zurich in 2006. She started out as a developer on the investment bank's electronic trading team, and says she "wasn't the typical person that would be hired in a bank."

"When I was headhunted by UBS, I wasn't really interested," she said. "I didn't think there was anything for me to do in a bank. - I thought bank-related work for IT was really boring."

She was persuaded out of this idea when she met the UBS developers. They were a "team of old guys" aged 55+ who had "this sparkle in their eye," when they spoke about their work. "I thought, 'If these guys are still excited to work here, and they've been here for more than 20 years, then this is the place for me.'"

Even so, Laketić said her early years at UBS were still pretty boring. Yes, the old guys were amazing developers and yes they were supposed to be rewriting the whole electronic trading system, but they were using the waterfall method and there was only a release every three months. "Frankly speaking, I was always bored," she confessed.

This all changed after the financial crisis, when UBS was compelled to become less lumbering (and Laketić and her colleagues were pelted with eggs every day when they left the office). Suddenly, the dynamic between the technologists and the traders changed. The "really tough guys" in the front office - the salespeople and traders who swore and who were tough to handle - were downgraded after making huge losses. "They were not the stars any more that were bringing millions to the bank," said Laketić. They were compelled to interact properly with the engineers and to "share the business knowledge" so that they could build proper products to fix their pain points.

The years after the financial crisis also facilitated a new way of working, as the team moved away from the tedious waterfall method towards agile and DevOps.  Following layoffs and exits from developers who couldn't handle the pressure, Laketić found herself working in a much smaller and more efficient team. "We started having a reputation as the team that was actually getting things done," she said. The rest of the bank took note.

In 2017, Laketić moved out of the investment bank and into the asset management business at UBS, where she ran a SWAT (software action team) aimed at percolating DevOps practices throughout the division. When she arrived, she said asset management relied on "a lot of legacy applications that were frankly speaking out of date." Her role was all about applying agile and DevOps practices to help the business innovate. In 2018, despite being a wildcard throughout her career, Laketić was promoted to distinguished engineer.

These days, she doesn't play in clubs, but she does still have a regular online DJ slot. She's a big champion of women in engineering, and she's a big champion of people who like doing things differently and with "a little bit of a fresh mind." She's joined Reuters as a distinguished engineer, too. UBS will undoubtedly miss her: under CEO Ralph Hamers, the bank is all about moving to agile and DevOps, and Laketić is a key, crazy, evangelist.