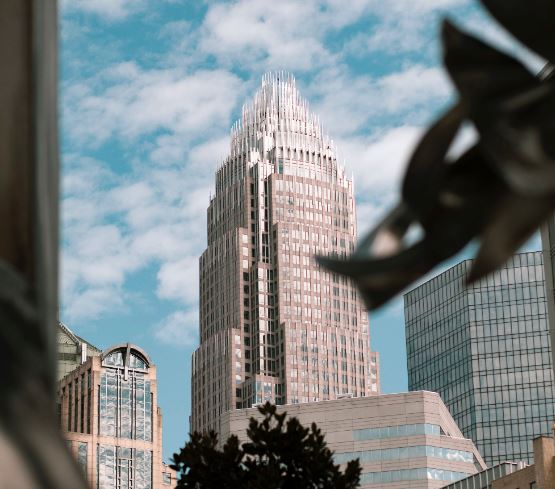 Given that banks like to back-slap themselves for being meritocracies, it's something of a heresy to suggest that getting ahead is actually the product of human partiality instead of objective ability. However, in a long article on Bank of America, this is what the New York Times suggests.

Just over a year since it wrote a previous article on the hard-driving culture in Bank of America's markets division at the start of the pandemic, the NYT is back with a damning follow-up claiming that Tom Montag, the number two at Bank of America, has "long run its markets and corporate banking division with favoritism and an iron fist."

The list of allegations is long, and many have been denied by BofA. Among them, the New York Times says Montag had a spreadsheet ranking employees at home and in the office on the basis of their productivity. It says Montag's people who came into the office during the pandemic referred to themselves as "warriors" while those at home were "tapped out." It claims that Montag can be "polarizing" and that while "shrewd and charismatic" he can also be "demanding and erratic." It suggests that bonuses have occasionally been trimmed or hiked by Montag for reasons unclear, that he had a “can’t be bothered” list of people seemingly unwilling to undertake routine tasks, while another group known internally as "friends of Tom" were disproportionately rewarded.

Montag himself explicitly denied the latter: “There’s obviously no friends-of-Tom list,” he said a few months ago. “Certainly there’s people that I think are good, that I think represent the firm well, that have worked very well together...and so I promote them, or help them, or work with them well.”

One of those Montag has promoted and worked well with is Sanaz Zaimi, chief executive of the brokerage arm in Paris. Montag and Zaimi worked together previously at Goldman Sachs and Zaimi was hired into BofA by Montag on what was said to be a very large guaranteed bonus in 2009. While "bright and capable," the New York Times suggests that Zaimi can also be "unfiltered and harsh," and that Montag put her forward for roles despite poor feedback from colleagues over her management style. Zaimi has allegedly said she'll leave Bank of America the very same day that Montag does.

With Bank of America denying many of the claims and Montag refuting his alleged favoritism, the criticism may prove short-lived. Montag has been at Bank of America since 2008 and has been unassailable ever since. When 61 year-old BofA CEO Brian Moynihan retires, it's been suggested that Montag will take over. - In this context, the NYT's article against Montag might be considered a salvo in the Moynihan succession battle: enemies of Montag are seeking to inflict wounds by briefing against him.

What's also notable to some BofA insiders though, is that the current article on Montag is written by the same journalist who wrote the article a year ago and that one of those named in that article - Fabrizio Gallo, the head of equities - has since been ejected for reasons seemingly related to his own abrasive management style at the start of the pandemic. With Bank of America's markets division underperforming many of its big U.S. rivals, Montag's margin for error is narrowing. Perceptions of favoritism - real or not - are more acceptable when a business is doing well than when it's lagging...

Separately, someone with a financial services career almost as long as Montag's is Mike Mayo, the banking analyst currently at Wells Fargo. In an interview with the Financial Times, Mayo reflected upon the declinism of financial services careers. - 20 years ago, Mayo said his team was twice as big and expected to do half as much. Within finance, he said only technology jobs and relationship management are likely to grow in the future. “If I was giving advice to my kids, I’d say you probably don’t want to go into the financial industry,” Mayo said, adding that it's likely to shrink.

Hedge fund Brevan Howard is moving into a building at 82 Baker Street London, which has more than 70,000 square feet (6,500 square meters) of space. That's almost three times larger than its existing office. (Bloomberg)

Andrew Law, the head of hedge fund Caxton Associates, gets up at 6.15am and thinks capitalism has failed. “My entire career has been characterised by capitalism, prioritising financial markets, globalisation and viewing everything through the prism of the trickle-down theory — that if you create shareholder value, all of that will trickle down to the workers and everybody else...That has not worked out very well for many people.” (Sunday Times)

What if Credit Suisse has to compensate clients for Greensill losses? “It still irritates me that they won’t come clean...The facts are pretty clear, no future invoices." (Financial Times)

If you're a student who didn't do an internship in the past year, you need to be able to speak meaningfully about what you did do. "“People who could talk about how they navigated the last year and a half and how they can portray their resilience is important... Adaptability is an important attribute for us.” (WSJ)

Under the radar crypto tokens to buy now according to one crypto investor: LINK, DOT, EGLD, UTK, POLS. (Business Insider)

Australian investment bankers are returning home in large numbers. "The reality is we are all likely to live long lives, and you have to take a long-term view on your career." (Bloomberg)

Photo by Andrew Stapleton on Unsplash