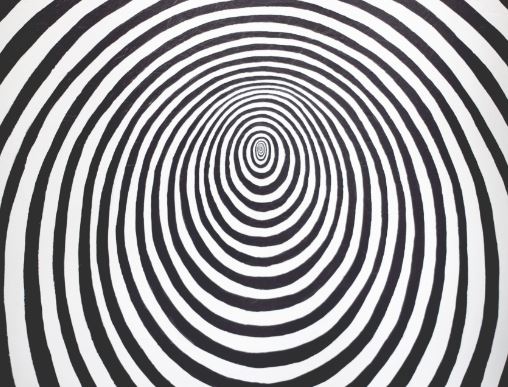 We’ve all been there – as the Wall Street Journal says, “There have always been people who love to hear themselves talk and who dominate meetings. But Zoom meetings seem to have empowered these blowhards”.  It’s bad enough when they’re sucking all the oxygen out of your virtual pub quiz.  But when they’re the Economy Minister of Argentina, and they won’t give it a rest talking about academic theories when you’re trying to organise the creditors’ committee for a bond default, it’s not unnatural for tempers to get worn thin as the time ticks away.  Luckily, we now have both a collection of advice from professional psychologists about how to bring extrovert-dominated Zoom calls back on track, and a stellar example of how BlackRock MD Jennifer O’Neil actually managed it in practice.

As Bloomberg describes it, O’Neil took a subtle approach to Martin Guzman, the Argentinian Minister of Economy. While Guzman had reportedly irked previous participants with his lengthy 'academic disquisitions', O'Neil used their early Zoom meetings to build rapport around points of commonality. This meant talking about Guzman's former university career in New York and their favourite jogging routes, then remaining “professional, respectful and rigorous” rather than allowing the negotiations to descend into recriminations about Argentina’s troubled history.  It seemed to work: aged 39 and never having led a sovereign debt negotiation before, O'Neil sealed the Argentinian deal.

The longer that Zoom meetings persist as the norm, the more it's becoming clear that it helps to go into them with some particular Zoom-related emotional intelligence. Building rapport is always helpful, but as O'Neil observed, it can be particularly difficult on Zoom where there's a tendency to skip the small talk and go straight into negotiations. - Don't.

At the same time, don't allow yourself to become a silent sufferer. Speaking to the Journal, Dolly Chugh of New York University suggests that online meetings need to have strong facilitators (what you might call a “chairperson” if it didn’t seem a bit heavy handed for an informal Zoom call), because of the relative lack of body language and nonverbal cues to tell dominant people to shut up.  If the facilitator calls on people directly after introducing the idea, there’s less chance for the loudest personalities to take over. If no one wants to be that facilitator, you could suggest adopting the role yourself. And if there are plenty of silent people, try building alliances through back channels (constructively, rather than by whining), so that the 'silent majority' can feel represented.

Success in the two dimensional environment of Zoom is about patience, especially if meetings are being used to discuss difficult topics (like Argentinian debt). At the start of those particular negotiations, O’Neil’s boss was reportedly “at the end of his rope.” She says her approach was to be non-confrontational: “Instead of going through the brick wall, we’ve got to figure out how to make a house out of the brick wall or take it down brick by brick”.  However, the Bricks do need to be moved. As the Journal’s psychologists point out “By remaining silent, you’re ceding the floor. This doesn’t benefit you. And it doesn’t benefit the group.”

Elsewhere, it’s not by any means unknown for billionaires to have one or two pet left-wing causes; Warren Buffett is famous for saying that taxes ought to rise.  But it’s perhaps a bit more unusual to see two very successful financial markets people advocating very specific and quite controversial positions within the same day.

Hank Paulson’s foray into environmental activism is perhaps a more typical example of the genre; it’s a “banker decides that the kind of thing that made his fortune can also solve the world’s problems” kind of article.  Writing in the Financial Times, the former Goldman Sachs CEO proposes that productive soils, pollinating bees and watersheds need to become “an asset class” with tax breaks, regulatory permits and all sorts of other things that could “harness the power of financial markets” while presumably also allowing clever structuring whizzes to take a share.  Chris Rokos, on the other hand, seems to have gone for “extremely rich guy decides that a particular issue grabs him and has enough money to do something about it”. His firm, Rokos Capital, has made a short statement that “Rokos Capital Management’s business is normally to observe and analyze, not comment on, public affairs. But this matters enough for us to publicly state our position” and committed to spend millions over the next five years on backing racial justice initiatives after the “wake-up call” of Black Lives Matter.  Despite the stereotype, banking isn’t all about Ayn Rand novels and Austrian economics.

“Nobody is f***ing leaving”.  The Hamptons rentals which New York’s wealthy moved to at the start of the pandemic are turning into the Hotel California. (Vanity Fair)

Australian investment banking recruitment gets even more insanely competitive; not only is the poaching carousel begun by Matthew Grounds’ departure still moving, there’s now a new startup backed by Magellan and Barclays, with big ambitious and money behind them. (AFR)

To the disapproval of the Eurotrash fashion press, Credit Suisse is allowing its Swiss private bankers to get rid of ties and even to wear trainers. (Monocle)

By headcount, nearly a sixth of Goldman Sachs’ total employees (6,000 out of just over 38,000) are based in Bengaluru; the technology and innovation hub there has more engineers than any location except New York (Mint)

Todd Sandoz and Paul Leech are now officially co-heads of global equities at Barclays, after searching for a replacement for Fater Belbachir and deciding the answer lay at home. (Financial News)

As always, the answer is obvious but you’re not necessarily going to like it – out of all the different strategies recommended for getting a better night’s sleep, “no screens for two hours before bed” is the one which works best.  “Give up caffeine” also helps, but might be a bit unrealistic (Harvard Business Review)

Photo by Giorgio Trovato on Unsplash