Morning Coffee: Are you about to be pressured back into the office? Credit Suisse has employee tests 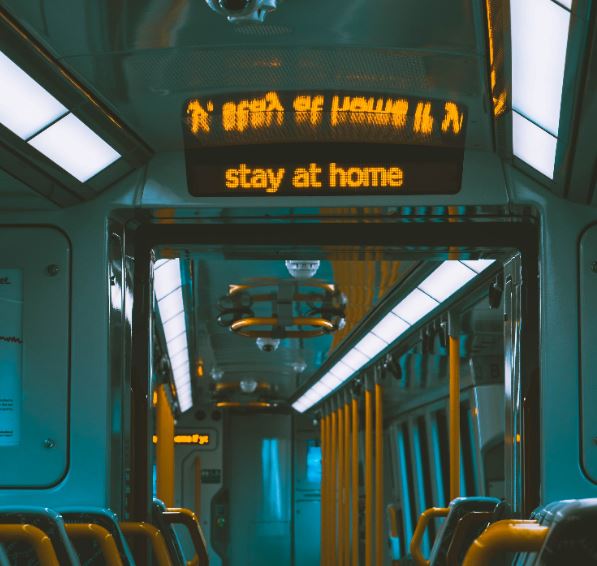 The plans for the Great Return are taking shape.  JP Morgan has put all of its employees’ personal belongings into boxes, not for the usual reason, but because it’s carrying out a deep clean and there’s going to be a major desk move exercise to facilitate the physical separation that will be needed.  In fact (the plan hasn’t been finalised or given a date yet), it’s likely that a form of hot-desking is going to be introduced, to facilitate a permanent “rotation” between home and office and fewer people on site.

At Goldman Sachs, things appear to have moved forward a little more quickly – after cautiously beginning to open up Milan, Frankfurt and Madrid, they’re now bringing back the Paris office (or at least, a maximum of 20% of it) and we’re getting more of a feel for the policies that have been put in place to make the return viable.  There'll be no sharing desks, strict two-metre distancing in the office and compulsory mask wearing whenever you’re not sat at your desk.  Goldman bankers are also forbidden to come to work if they’re unwell, and not allowed to return from sickness without having obtained “wellness clearance.”  Only those "who would like to return" will do so, and they will they'll be part of a split team rotation. They will also have to “obtain authorisation” to take public transport between the hours of 630am – 930am or 4pm – 730pm.

[A message from our 'sponsors': eFinancialCareers has a range of global finance job vacancies you can apply for here.]

"Liking to return" and “authorisation” might set a few instincts tingling among experienced bankers who have worked in high-pressure cultures.  As we know, the lockdown has divided bosses into two categories – those who are happy to work from home themselves and to let their teams do the same, and those who are going stir crazy and want to get back as quickly as possible.  It also seems, anecdotally, that the second category has a greater sprinkling of aggressive, hard-charging types who are used to making demands of themselves and their subordinates – the senders of 3am emails, as it were.

As anyone who has worked for one of these extreme-type-A personalities knows, they often have a way of “authorising” you to do things which feels very much like a direct order.  And banking is a game of small platoons and personal relationships.  Although everyone who is gradually opening up the office is being careful to emphasise that it’s happening on a voluntary basis and nobody will be made to do anything they’re not comfortable with, that’s head office talking.  And when you’re the one being told that the desk needs you and it’s time to gain an edge with all the key clients, then head office can seem very far away, compared to the man or woman who is going to be responsible for your annual assessment, bonus and even position in the next round of layoffs.  After all, if sincerely meant and clearly expressed policies were effective, bankers would have work-life balance and wellness, and harassment lawyers would all be working on other industries...

Elsewhere, Credit Suisse has got hold of a supply of coronavirus antibody tests from Roche AG and is starting a pilot project to test its staff, with intentions to “roll it out across major hubs from June”, which sounds like there’s an intention to test most or even all the employees at least once.  The tests are going to be “free of charge and on a voluntary basis”, according to the company statement. The results will be confidential and employees won't have to share with CS, but if you have antibodies you might feel slightly compelled to venture back to your usual desk.

Facebook’s return to work plans look quite like an investment bank’s – 25% capacity, compulsory temperature checks and closed cafeterias.  Less of an emphasis on public transport, as they are in California. (Bloomberg)

“Co-CIO, when the other co-head is the founder who owns the company” is always a precarious position in the world of hedge funds.  Munib Islam will be leaving Third Point this year as Dan Loeb takes back sole control. (CNBC)

While the London investment banks appear to have mostly returned their suburban “recovery sites” to mothballed storage, New York firms are looking at real estate on Long Island and the outer boroughs as they try to ensure enough space for staff circulation and distancing. (Bloomberg)

Underlining the growing realisation that the return to normality is unlikely to be either quick or complete, schools in the Hamptons have seen a flood of applications from wealthy Manhattanites who are beginning to realise that this is the new normal for a while. (WSJ)

After ten years, four CEOs, three (unsuccessful) shareholders’ censure votes and an unknown number of crisis meetings, Paul Achleitner will be stepping down as Chairman of Deutsche Bank.  Theodor Weimer, currently CEO of Deutsche Börse, seems to be the favourite to replace him. (Reuters)

“Maladaptive daydreaming” is a condition in which people can spend up to four hours a day in a world of their own fictions.  Compared to real life at present, it doesn’t really sound all that maladaptive. (BPS Digest)

Morgan Stanley’s head of HR gives the virtual intern class of ’20 some tips about showing “their best selves” and trying to make an impression without annoying anyone, which might be a bit more difficult over videocalls. (Business Insider)

Interns in general are worrying about the virtual programs, particularly at those banks which haven’t promised everyone an offer.  Barclays has joined the market consensus on virtual-only and shorter programs, although it will apparently be paying for the full ten weeks. (Financial News)

Photo by Nicolas Weldingh on Unsplash