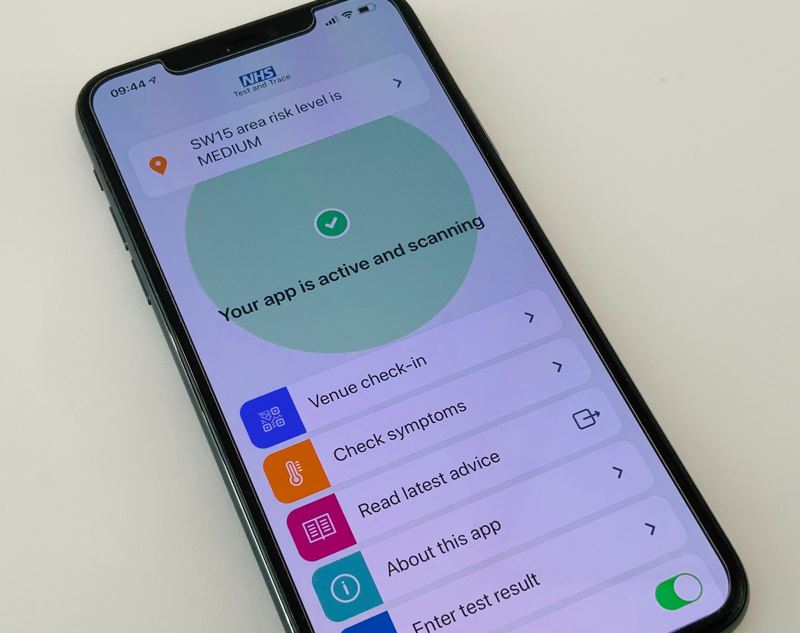 Pingdemic is probably not a word you're familiar with if you're based outside the UK. If you work in London, however, it's the word of the moment and refers to the frequency of 'pings' from the NHS COVID tracking app. In the week to July 7, more than half a million people in the UK were pinged by the app and told to quarantine for 10 days after being in contract with someone who'd tested positive for the virus. This prompted complaints that businesses were unable to function due to staff shortages, resulting in an announcement today that the pingdemic will come to a premature end on August 16, when double vaccinated will be absolved of the need to quarantine whether they're pinged or not...

None of this will matter to London's banks, however. They have avoided the pingdemic from the start.

Even though the NHS specifically says that the app should be used even in workplaces that are 'COVID secure' and encourages employers to create their own QR codes so that employees can log in when they arrive, none of the banks we spoke to in London require employees to register via the government app. Instead, they have been making their own arrangements.

As a result, the presence of COVID-positive employees in banks will not generate government pings. Nor has it ever done.

"There's nothing about the NHS app in the lobby," says one JPMorgan London employee. "We just have to register that we're not exhibiting symptoms before we go in."

JPMorgan declined to comment. It's understood that the bank has 25%-30% of its staff in the London office currently, reflecting holiday arrangements and the fact that employees are still able to work flexibly over the summer. Instead of the government COVID app, JPM requires employees coming to the office to visit a Daily Health Check web portal COVID symptoms, and to confirm that they don't have them.

Other banks do the same. HSBC, Goldman Sachs and Deutsche Bank have also made their own arrangements, which include confirming that you have no symptoms on a portal and regular testing. Line managers are expected to inform employees if colleagues are positive. UBS, Morgan Stanley and Citi didn't respond to a request to comment on their procedures.

The upshot, though, appears to be that as banks return staff to their offices, UK employees have been protected against the cascade of pings sending staff in other sectors back home. At the height of the so-called pingdemic, the NHS app pinged anyone who'd been within with two metres of a person who tested positive for COVID-19 for 15 minutes or more. Banks' own systems were almost certainly less sensitive.